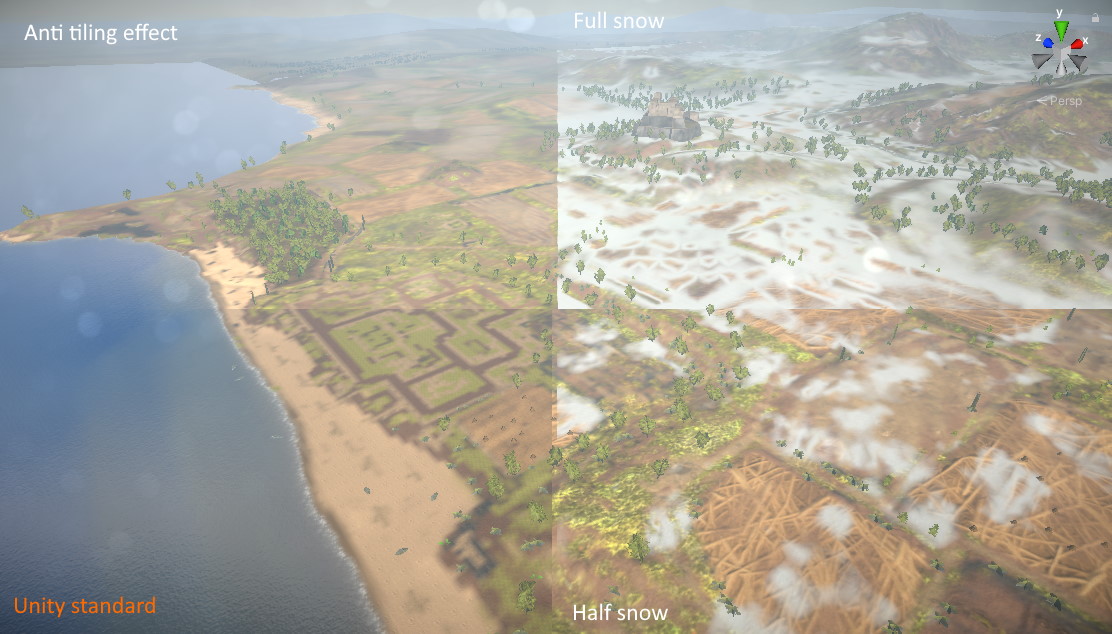 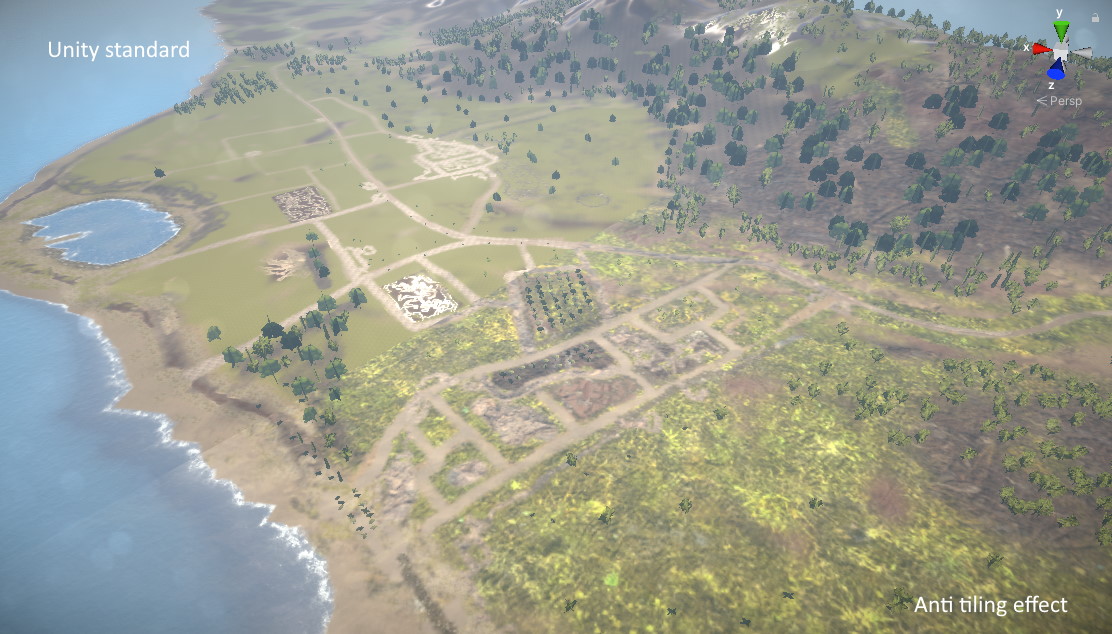 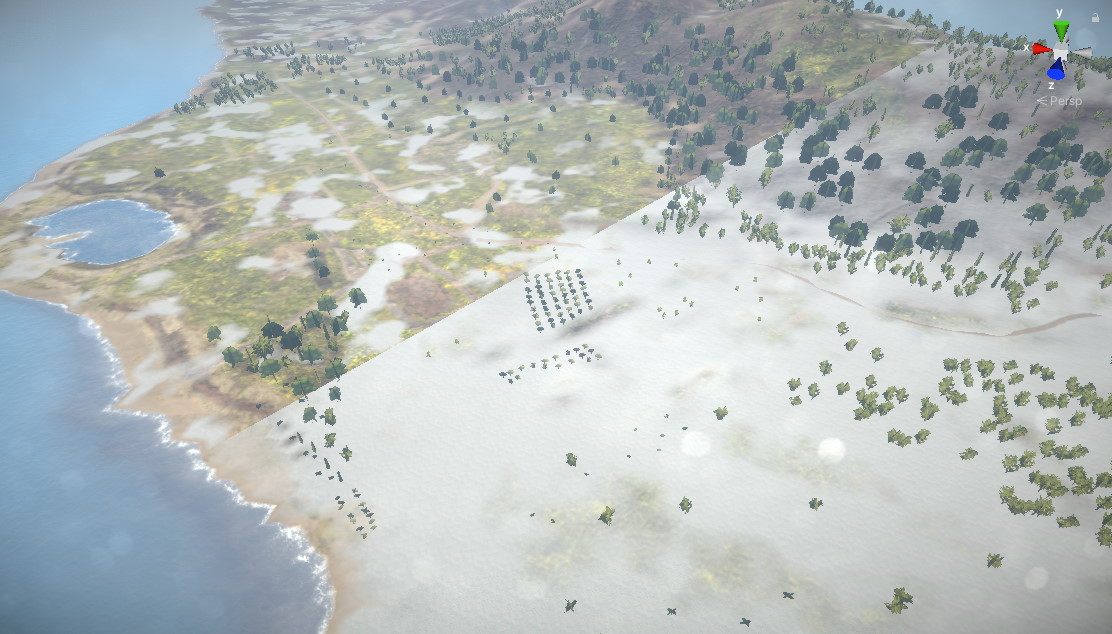 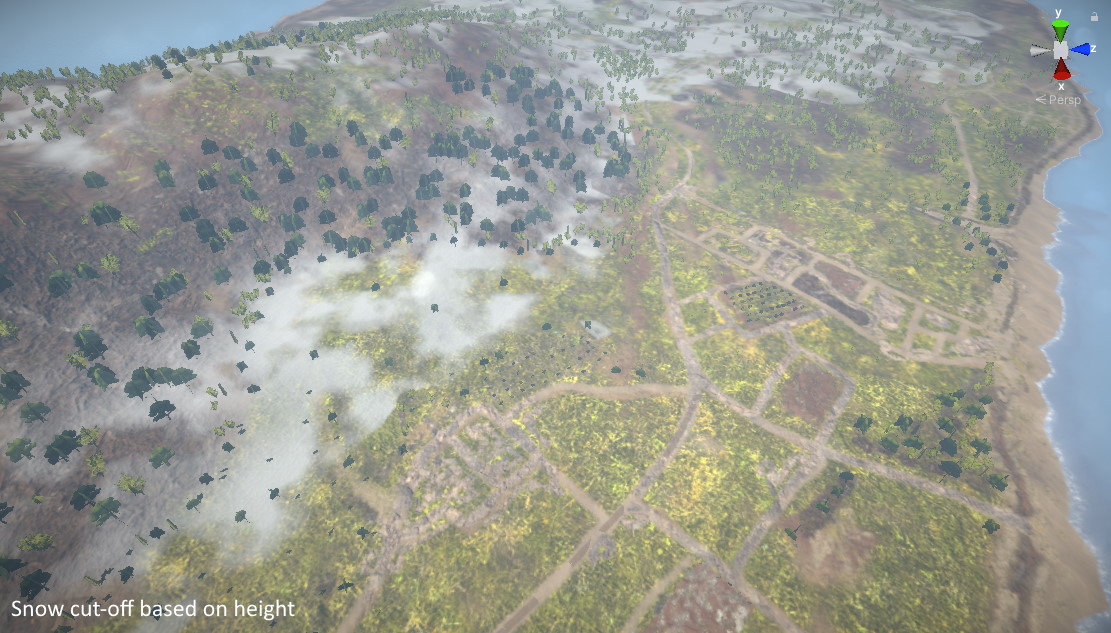 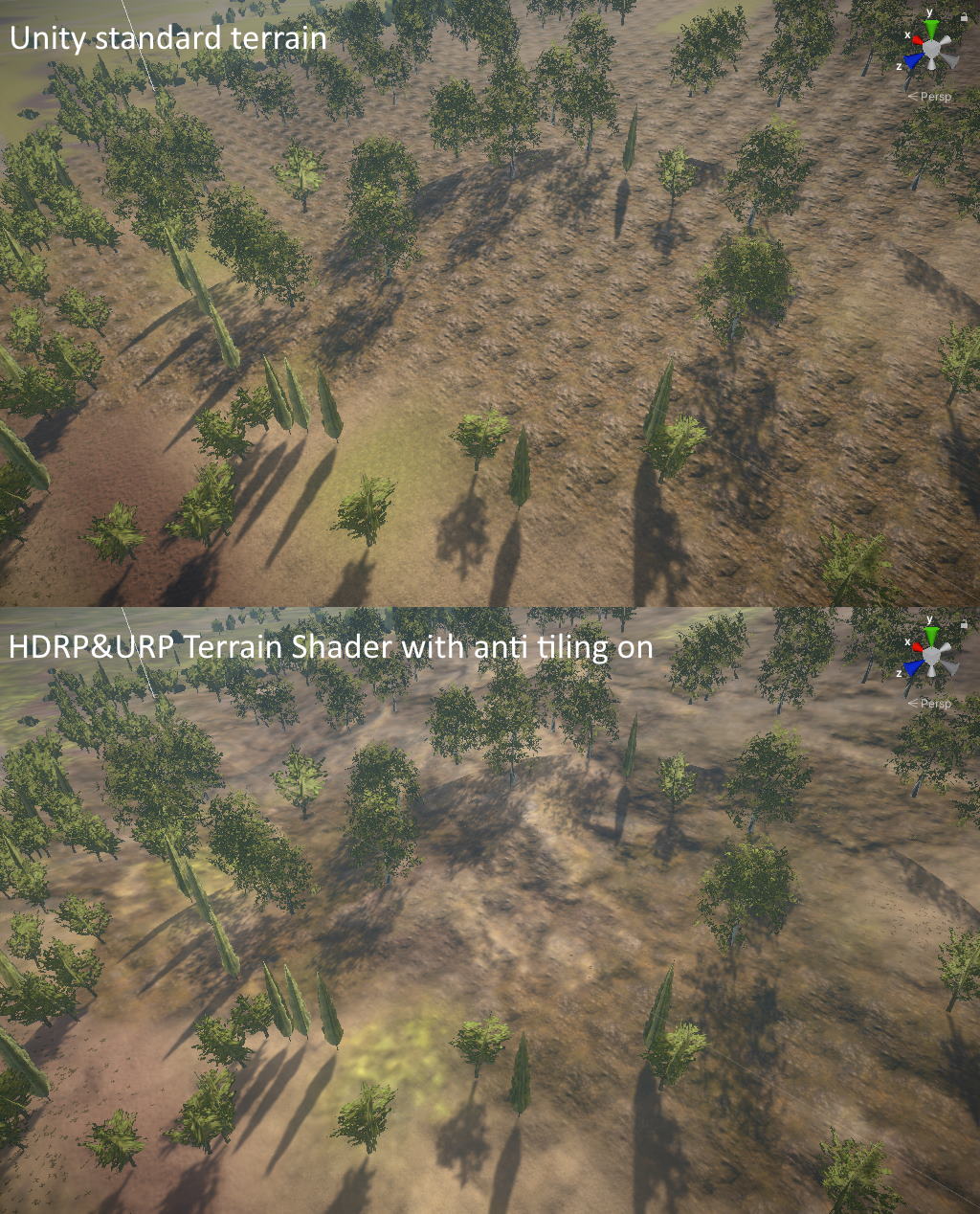 The standard unity shader can be very limited as it does not include basic effects and does not allow for easy modification.
This is where URP & HDRP Terrain Shader comes in handy:
This new terrain shader includes some built in effects that can be modified directly from the material such as:
•Snow effect.
•Anti tiling effect.
•Terrain lightness.
•Normalmap intensity value.
•Tested on PC, Linux, Mac, Nintendo switch, but probably works on any hardware.
•less then 2 minutes setup.

The peculiarity of the shader, however, is that it is easily and highly customizable through unity's Shader Graph. Any desired effect will be easily inserted, and the buildt-in effects, easily editable to achieve whatever effect you need. All this without having to give up on performance: the shader in fact uses only 1 pass, unlike the unity built-in shader which uses 1 pass every 4 terrain textures.
In addition, the shader includes a small terrain management script that will allow you to quickly switch from the standard unity terrain shader to the URP & HDRP Terrain Shader with 1 click, and to be able to change the resolution of the textures even at runtime, receiving logs on how much memory exactly the textures are. of the terrain are occupying.

Limitations:
-The shader currently supports a maximum of 16 terrain textures. If you need more textures in the ground it will be necessary to divide the ground into several parts with a maximum of 16 textures each.
It will reduce or even hide the popping for the Unity LOD System between different LOD levels, and even when the objects fades out in distance.

How does this works?
It is simply possible to replace the standard unity material with any material that uses this terrain shader, or a version modified by you. A script for the management of the material and the quality of the textures is included to simplify the management.

How long does it take to implement it?
The implementation takes a few minutes, sometimes even a few seconds; There is no need to create alternative assets or textures that take up additional space in the project.. 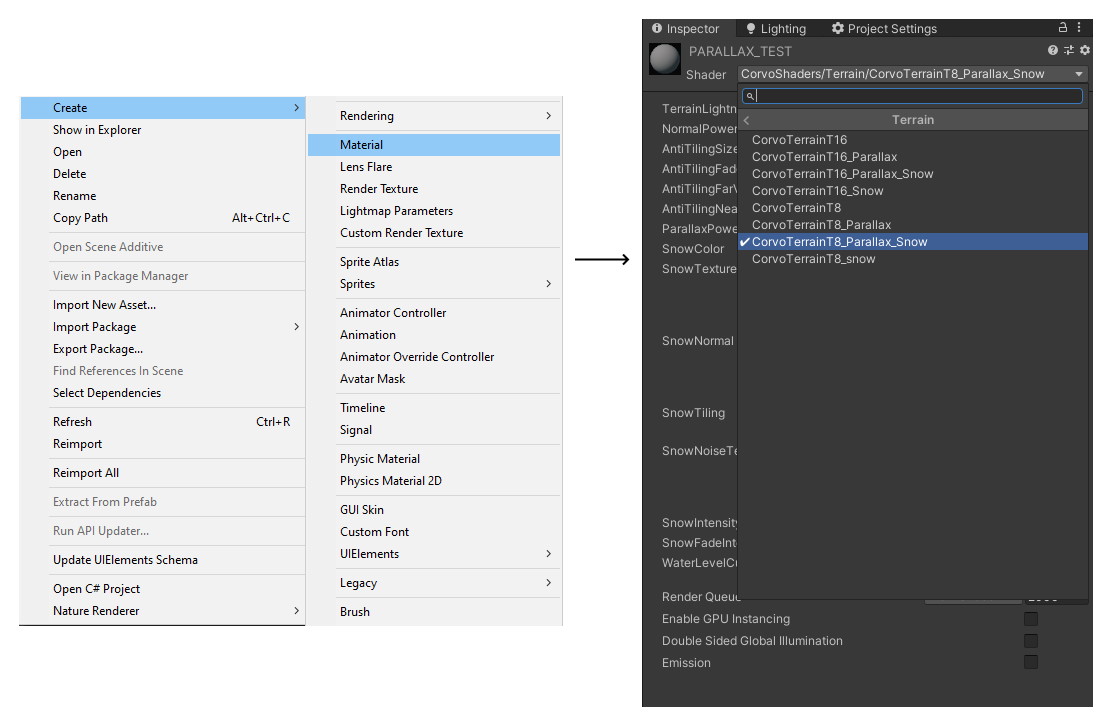 How to edit shader parameters

There are many properties that you can edit on the terrain material both at runtime and in editor view. Do do so select the material (editor view) or use the functions Shader.SetFloat/SetBool/etc to change values based on the keywords.
It's also possible to change some properties directly from CorvoTerrainManager.cs, but this is explained into the scripting API section. 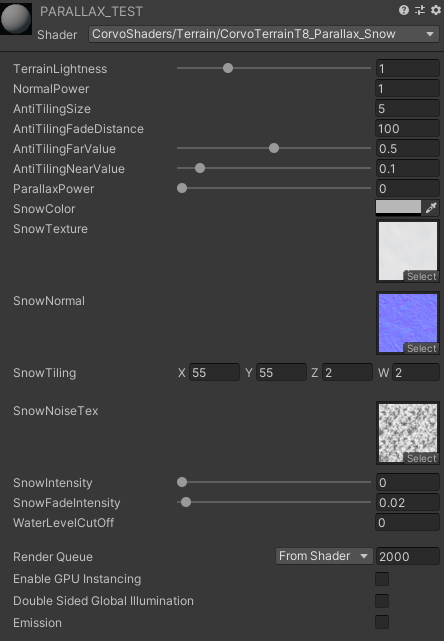